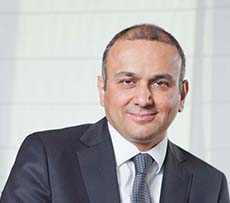 A representative of the Paltel

Ammar Aker is the Palestine Telecom Group CEO and a member of Paltel Group’s Board of Directors. Notably, Paltel is the second largest employer in Palestine (after the Government).

Prior to assuming his current position as Group CEO, he was the CEO of the Palestine Cellular Communications Co. Ltd., Jawwal, the first private leading cellular operator in Palestine.

As the CEO of Jawwal, Mr. Aker led Jawwal"s efforts in not only maintaining the largest market share, but also inspired the company in creating a unique customer experience for millions of customers. This was done in spite of numerous operational challenges by illegal Israeli operators in the Palestinian market. Prior to Jawwal, Mr. Aker has also held various finance and accounting positions in the U.S., Canada, UAE and Palestine.

Mr. Aker has enthusiastically promoted best practice in management and corporate governance throughout his career and has pushed for excellence in management, helping to inspire peers to aim higher in their career and professional goals. During his tenure, four Paltel Group female employees were ranked among the top 50 women executives in telecom and the Group were ranked among the top 20 telecom operators in the MENA region.

Mr. Aker is an active Board member in a number of international, regional and local initiatives such as; Palestine for a New Beginning (PNB); The Palestine International Award for Excellence and Creativity; in addition to the Amideast Advisory Board in Palestine. He is also an active member of the Young Presidents’ Organization (YPO) Palestine Branch and the Palestinian Businessmen Association (PBA).