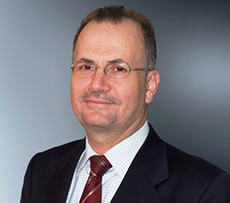 A Chairman & Representative of the (Massader)

Dr. Mustafa is currently the Chairman of the Board of Directors of the Palestine Investment Fund. and he served as Deputy Prime Minister for Economic Affairs In Governments No 15 and 16.

Before joining PIF, Dr. Mustafa had an extensive international experience and tenure with leading international organizations and in different regional and global markets. He worked at the World Bank HQ (Washington DC) for a period of 15 years, where he held senior positions across several sectors including: economic development and reform, project finance, private sector development, and infrastructure development. Other senior positions previously held by Dr. Mustafa include: Economic Adviser to the Government of Kuwait on economic reform, Adviser to the Public Investment Fund in the Kingdom of Saudi Arabia, Visiting professor at George Washington University, and the founding CEO of the Palestinian Telecommunications Company (Paltel).

Dr. Mustafa was born in Palestine in 1954, he holds a PhD and Master degrees from George Washington University and a BSc degree from Baghdad University. He is Married, and a father of two children.